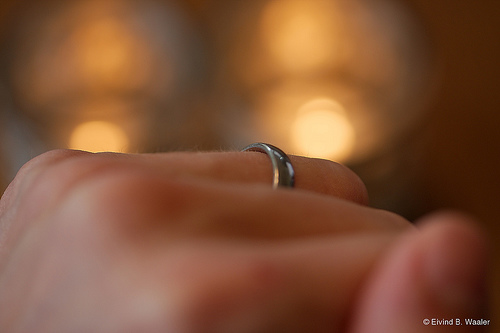 The digital clock on the nightstand read 3:43 am, as I awoke from a deep sleep to the sound of what could only be bad news. Phones ringing in the middle of the night don’t often carry with them the promise of anything good on the other end, especially when your spouse works the night shift. Still, I hesitated to answer it as I looked around the room as though looking through an old window covered in a thick, grimy film. Three rings, then four rings. On the fifth ring, my arm stretched out in a wooden motion as though someone was holding the marionette strings that were forcing my body to perform the actions my mind was trying so hard to resist. I picked up the receiver, and before I could say a single word was inundated with an avalanche of words tumbling out in a voice I was more familiar with than the very palm that held the phone. I inhaled deeply, filling my lungs with air, slowly lifting the weight that seconds earlier was crushing my chest. My relief at hearing his voice didn’t allow me to focus on his words. In his endless string of hurried phrases strung together with pauses to catch his own breath, I could only make out a few words. Wedding. Flood. Ring. Elevator. Almost died. That last one caused me to bolt out of bed, my feet oblivious to the icy tiles they landed upon as they paced the tiny bedroom that was our first as bride and groom. The room that held pillow talks long into the night of memories, dreams, and all the whispers that forever join two people together now closed in on me as I pieced together the story of how my husband almost drowned for fear of losing the very symbol of the love this tiny room had seen in our first years of marriage.

He worked the night shift at the hospital, and had headed down to the basement for a snack to keep him awake, as the sounds of hours of thunderstorms and falling rain had begun to lull him to sleep. As the ding announcing the elevator’s arrival sounded, the doors opened only a couple of inches, but enough for a steady stream of water to gush through and begin to fill the elevator. No matter how often or how forcefully he pounded the elevator buttons, the doors wouldn’t budge and the water kept rising. He worked his hands into the slight opening and with what could only have been the force of an adrenaline rush, pried open the doors enough to slip through into the flooded basement and find the nearest staircase. A few hours later, he realized his wedding ring was no longer on his finger. For most, panic would have set in as the elevator flooded. As he describes it, the moment he realized his ring was missing was when the real panic set in for him. He headed back down to the basement, and waded his way through the water for what seemed like an eternity, searching desperately for a small piece of gold that meant the world to him. As emotions threatened to overcome him, in the small corner of the elevator he saw a glimmer of hope and something else as he reached down and pulled his wedding ring to the surface.

A wedding ring is only a material item, a piece of metal with more sentimental value than monetary value. However, for the two people who place that ring on each other’s finger in front of all their loved ones, it is so much more. It is a shout from the rooftops declaring their love for another. It is a vault of memories and special moments shared by just the two of them, that each carry close to their heart, reliving those moments with a quick glance at their hand. It is a constant reminder of the love shared by two human beings. It represents a lifetime commitment to share in the good with each other, to support each other in the toughest of times, and to add more love to this sometimes dismal world of ours. How could that ever be a bad thing? Why should that ever be denied to anyone just because they are gay? What right does our government have to deny this and so much more to a couple simply because they happen to be of the same sex? Why should they jump through rings to be allowed the same rights heterosexual couples are automatically given?

The ring isn’t necessary for two people to show their love for one another. It isn’t necessary to join two people in marriage. The ring itself doesn’t guarantee anything really except the promise of love. How can anyone believe they have the right to forbid a union based on love, when the very essence of love is something that can’t be controlled?

Weekly Writing Challenge: The State of the State