We all have one.

“If you can dream it you can do it.” – Walt Disney

Whether we’ve played it over and over in our minds on an endless loop that comforts us in much the same way our favorite throw blanket wraps us in warmth on our spot on the couch. Or, it’s that vision that begins the same way but changes slightly each time we see it because doubt has stained it just enough to alter the image a little each time.

If you can visualize it you can believe it. 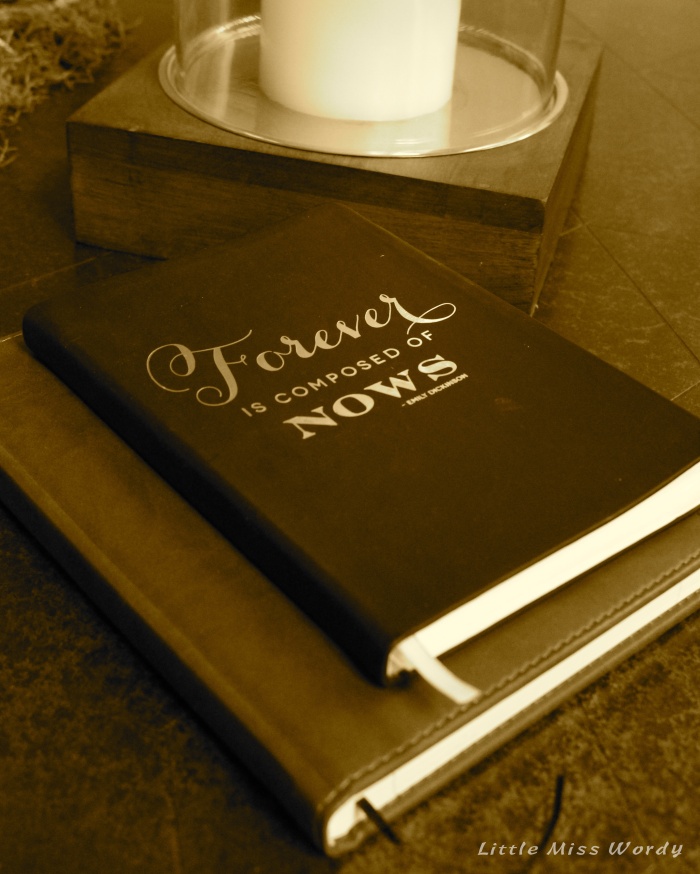 Visualization is a common practice for successful athletes. “In 1984 the Russians realized that Olympic athletes who mentally rehearsed their sport experienced a positive impact on their performance. Since then the area has been widely studied. In the 1990s a researcher showed that just five minutes of mental visualization, versus five minutes of basic tasks yielded a significant difference in overall performance – and the dramatic increase in performance wasn’t limited just to experienced professionals, the researcher showed that it applied to novices as well.”- Erica Saint Clair, Coach

The end of one year and the beginning of another. Do you dwell on all those incomplete visions you had for yourself in 2015 or do you take those visions and make them new again in 2016? Everyone loves a clean slate but only you know what you envision filling that slate with in your own life.

Tweet: Resolutions die, but a vision lives forever. via @LittleMizWordy

One rainy afternoon, I gathered my children, pulled out art supplies and old magazines and laid everything out on the living room floor. Months prior, I had sat with a friend in Jamaica, overlooking the ocean and completing an exercise she did with her Life Coach clients. It consisted of categorizing my life into 3-5 categories in order of importance to me. As monumental as the task seemed, I did as instructed and compartmentalized my life in little boxes titled Family, Personal, Health, Community, etc. We went on to add goals under each category, both easy and those that seemed unattainable. Ocean waves and thoughts crashed and hit land on the hotel stationary before me as I allowed my thoughts to be pulled in directions I hadn’t envisioned in many years. The concept of a vision board with magazine clippings depicting  goals and habits wasn’t new to me though I had never created one of my own.

Pinterest is the closest I had come to creating anything resembling a vision board, but they’ve moved past the scissors, clippings, and glue stick. enjoy filling boards on Pinterest with motivational quotes and inspiring photos. I’ve added many a healthy recipe and dream kitchen design, but it always seems a bit impersonal as though I’ve sent it into the dark hole of the internet universe never to be seen again. That may be just me though since the site has now built up a base of 100 million return users, and is one of the most valuable private companies in tech worth an estimated $11 billion.” Read more

I’d like to say I arrived home and immediately created a vision board based on that exercise by the sea. The truth is, that paper sat in my suitcase for a few days amid flip flops, summer dresses and the grains of sand that inevitably find their way home with you as a little reminder of your latest escapade. Weeks turned into months and each day that folded up paper mocked me from it’s place on my nightstand until a day when I yearned for a little Jamaican sunshine.

As the rain fell, the kids and I spent the afternoon flipping through magazines and cutting images and words that represented our goals. Sports, Academics, Art and Friendships filled their boards while mine consisted of Organizational goals such as Chore Charts and Health goals such as Meal Prep and Workouts. Yet, it was the other goals I saw pictured on our vision boards that made this rainy afternoon activity more worthwhile than I could have ever imagined.

I found my kids had “more time with extended family” and “finding a church again” on their boards and while those took me by surprise the real eye opener was that I had scribbled those exact same goals on a sheet of hotel stationary. Individually, we had our own deeply personal goals, unique to each of us. Together, we had similar goals when it came to those that would feed our souls.

I know what my kids strive for academically, creatively, and athletically. I’m aware of what they crave personally when it comes to friendships, affection, and down time. I don’t need a vision board that will all too often get overlooked as I rush past it while living life to bring these things to my attention. However, the time spent creating the boards while reconnecting with my kids’ hopes and dreams created a permanent shift in my own perspective. And, every now and then when I pause in front of one of their vision boards on my way to make their beds or grab their laundry, I feed my soul once more.

4 thoughts on “Resolutions Die, But A Vision Lives Forever”