All around the United States, temps are dropping and snow is falling. In these moments, I feel quite lucky to live on a tropical island with an endless summer. I have an undying love for summer, and being in such close vicinity to the ocean I often replay a beautiful love story and my personal favorite. It is the kind of story you curl up on the couch with, the kind that urges you to grab the Kleenex along with the popcorn. It is without a doubt the kind of love story you can’t wait to share with others.

It is also an excerpt from my book, Red Circle Days. 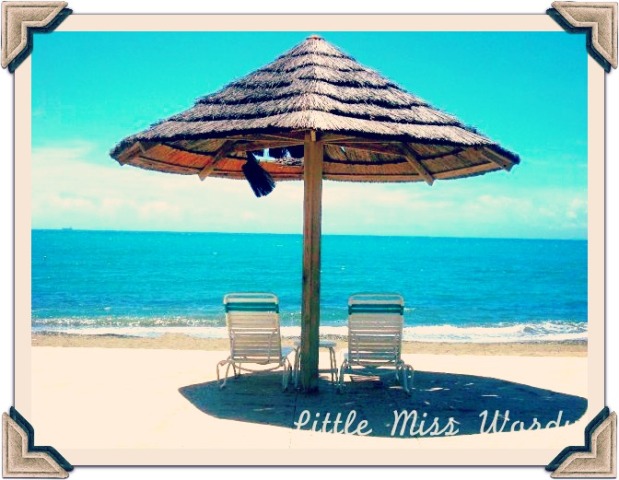 She’d been in the world only a year and spent her days in a high chair only feet from the checkout counter at her parent’s “mom & pop” grocery store. He was twelve and his family spent their summers in the same sleepy little beach town. She was a picky eater. He loved a little snack on his walk to the beach and a little something refreshing after a swim. Her parents loved his visits and he always stayed a little longer than necessary, asking about their day, sharing a little something funny he heard, but mostly he delayed his swim to help feed the picky little eater and keep her amused during a busy morning at the store. The little girl came to look forward to his visits as well, and each summer as she got a little older and more mobile she went from waiting in her high chair, to waiting by the door, to eventually meeting him halfway up the block. He started taking her along with him to the beach. She would climb on his shoulders and dive into the ocean, surfacing in a wave of giggles. The boy became a teenager and often had a female companion on these outings as well, but only one girl always held his undivided attention…she made sure of it!

Eventually, the boy grew into a young man of eighteen and shared a sad goodbye with the little girl who captured his heart and provided summer memories to last a lifetime. He was off to college and would no longer be spending his summers at the beach. Summers came and went, they never wrote, and though she listened to the locals at the store for any word on how he was doing she never picked up much.She grew into a beautiful seventeen year old lady who still spent her mornings helping out at the store, but reserved her afternoons for a swim with friends. One summer afternoon as she enjoyed the sun and sand with her girlfriends and gossiped about boys, not far down the beach a young man was enjoying his first summer day at the beach catching up with old friends. Neither group went unnoticed by the other…but two particular people took special notice. She asked her girlfriends who the “new guy” was at the same time he was asking his buddies who the “beautiful girl” was and it wasn’t long before both groups came together to surprise the two with a revelation that took them back to many a summer afternoon at that very beach. 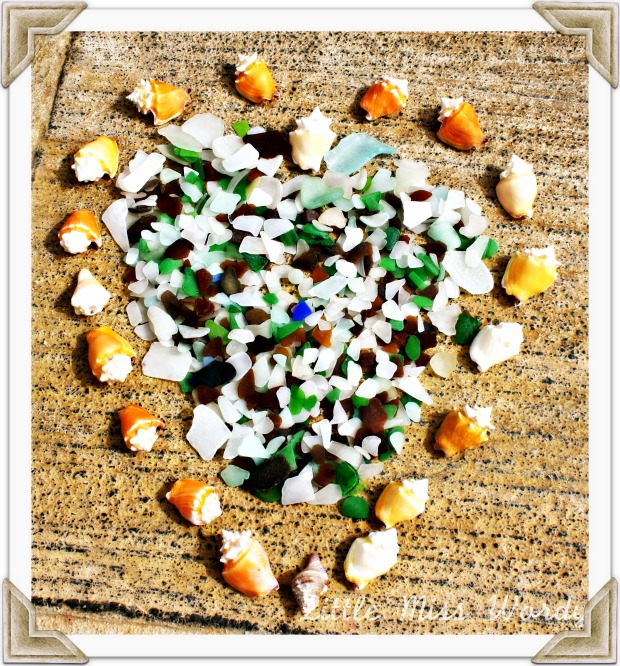 The rest is history really…my history actually. My parents may have been from different backgrounds and the age difference alone was enough to keep them apart, but true love finds a way no matter the odds. As a kid, I loved hearing their love story and never doubted the two main characters were my mom and dad because I saw their love story continue to play out on a daily basis. I don’t remember my dad sending a big bouquet on Valentine’s Day or chocolates on their anniversary. I don’t have any memories of big flourishing romantic moves by either of them. Maybe it’s because my memories consist of my dad stopping to hug my mom from behind while she was cooking, or her never being able to pass by him without touching his arm or giving him a peck on the cheek. They always held hands, never sat on opposite ends of the couch, and loved to lay side by side talking into the wee hours of the night. My mom tells me after my dad was diagnosed with cancer, those long pillow talks became that much more meaningful to them. I wasn’t privy to the trials and tribulations they faced as most couples undoubtedly do, but I do know whenever they did argue, it didn’t last. One of them would eventually find an excuse to be in the same room again and as soon as their eyes met across the room, love took over much the same as it did when their eyes met across the beach that summer afternoon.

As a child, I pleaded with my mom to share this story with me as often as any little girl’s favorite fairy tale. To me, it was more than a fairy tale. Their expression of love wasn’t limited to one day a year. It was tested through the years during a move to a foreign country, raising three children, through financial crises and illness. It was apparent in their every move and while their love story began on a beautiful summer afternoon, I’m sure it wasn’t always a day at the beach. In my eyes, that’s truer love than any prince charming and fairy princess could ever hope to experience!

16 thoughts on “My Summer Valentine”