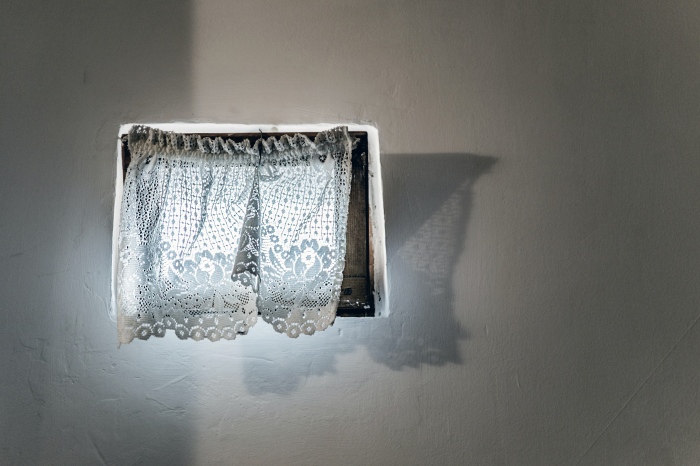 The darkness was all around me. I had been trained to stay in my room and wait for my mom to come to me. It never took my mom long, but to me it always felt like an eternity. The blackouts had begun a few weeks ago, but I still wasn’t used to them. At the age of seven, I was still afraid of the dark.

The man with the bushy beard whose favorite color was green, announced that it would be good for everyone if the electricity was cut off from time to time. I was too young to understand words like economy, rations, and communism, but they were words I heard often in adult whispers. I didn’t know what they meant, but I did know the feeling of fear that accompanied them when I overheard my parents and grandparents whisper them.

Adults were supposed to be brave, so I took some comfort in the fact that my own fears didn’t make me a scaredy-cat like Ophelia had called me once at the park when I was climbing a tree. I vividly recalled how terrified I was of climbing any higher, and made the mistake of looking down at Ophelia. Suddenly, I was paralyzed.

And yet, that overwhelming fear seemed like nothing compared to the fear I felt now, laying in the dark for the third time this week.

My fingers held the lacy, white fabric like a security blanket. I had been admiring my communion dress for the umpteenth time when the lights went out. I didn’t have a chance to hide it under the bed again where I normally kept it, waiting for my secret First Communion. My older cousins had been lucky enough to have their ceremonies in the pretty church, but that was no longer allowed.

All worship and religious activities were now against the law.

I couldn’t wait to wear the pretty dress. It wasn’t new, but it was new to me. My mom had altered Ophelia’s old dress for me to wear, and even added some intricate lace she cut off her wedding dress. It made me a little sad to think of my mom’s beautiful wedding dress being ruined, but mom said we couldn’t dwell on that. Nowadays, we needed to find joy wherever we could, even if we had to create those moments in secret.

The dress had turned out even prettier than when Ophelia wore it, and it was certainly a far cry from the ugly school uniform I had to wear most days. My teacher questioned me yet again recently.

“Why aren’t you wearing the blue scarf?”

The blue scarf represented Castro’s communist youth. Students who wore it were referred to as “Los Pioneros” which means pioneers.

My parents were trying to leave the country, fleeing the communist regime, but I knew I wasn’t allowed to tell anyone. Like my first communion and the meat hidden in the back of the fridge, it was one of the things I was to remain silent about.

“I just don’t like the color blue. I much prefer pink.”

I knew the teacher didn’t believe me. I could see it in her eyes. I also knew she wouldn’t challenge my response just as surely as I knew I would be shunned in the playground by the students who proudly donned the blue scarf. Perhaps, the teacher knew that too.

That little girl was my cousin, but she wasn’t alone in her fear. Like her, many children learned at a very young age to remain silent in communist Cuba for fear of the retaliation their family would face for not supporting the “new way”‘ being forced upon them. Many of those families (mine included) gave up everything when they came to America, solely to provide a better future for their children.

May we remember their sacrifice as we face our own challenges in this country. Most importantly, may we find the courage to speak up so our own children never have to live in silence…laced with fear.