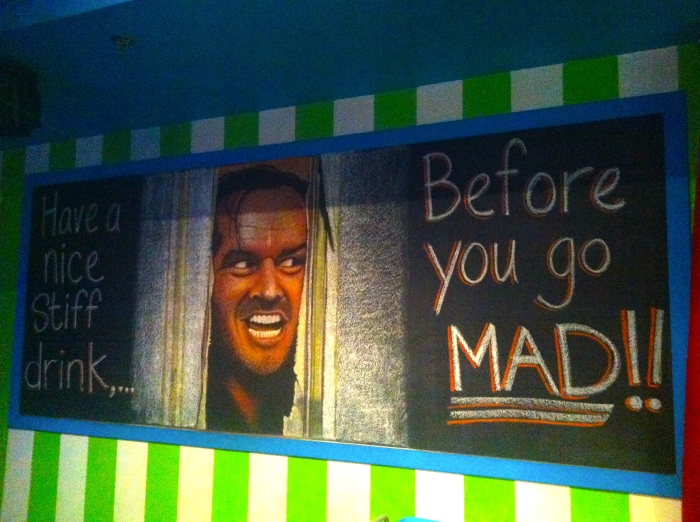 Each of us has a God given talent, and it is our obligation to share that talent with the world. It is also our obligation to encourage others on their journey to discover that talent, nurture that talent, and share that talent. Our little family of four recently dined in a small restaurant located on the grounds of a hotel in San Juan, Puerto Rico. It was a hotel we had frequented in the past, and a restaurant we had walked past on several occasions having no idea what talent lay just behind the front door. As we reviewed the menu and conversed, I caught a glimpse of one of the waiters standing in front of a giant chalkboard. He held a photo at eye level and kept flipping it, alternately looking over it and back at it. I was immediately intrigued. As I studied him a little longer, I realized the photo he was holding was the same image in progress on the chalkboard. Upon further inspection I noticed the little restaurant walls displayed a couple more of these chalkboards with what I originally thought were paintings.

The restaurant started to get a little busy, but we briefly visited with the young man in between his creating some amazing art and waiting on tables. He explained that his creations were a combination of chalk and pastels and shyly confessed, “I would be lost without a photo to guide me.” My reply, “photo or not, my chalk art would be guaranteed to include some stick figures.” Not only was he amazingly talented in my opinion, but incredibly humble. 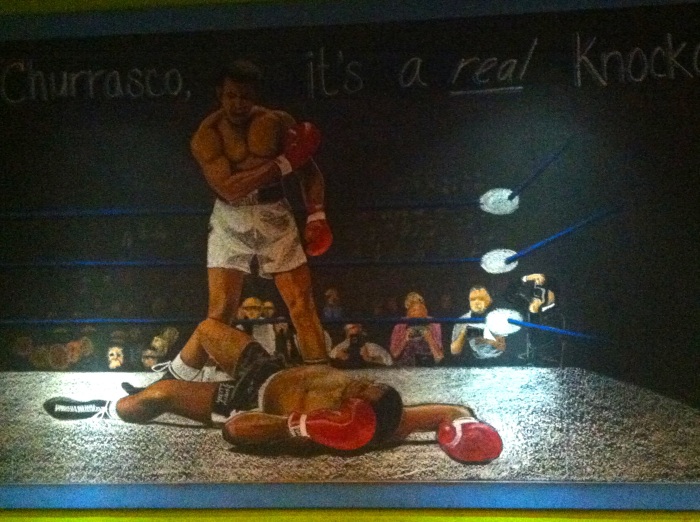 He graciously accepted our compliments as though we were referring to a child’s driveway chalk art exhibit on a lazy Sunday afternoon. We didn’t get to visit with him long enough to find out if that’s where he discovered his hidden talent. I wondered if his parents carefully tiptoed through his outdoor gallery so as not to smudge his creations all the while praising him and encouraging his hidden talent. 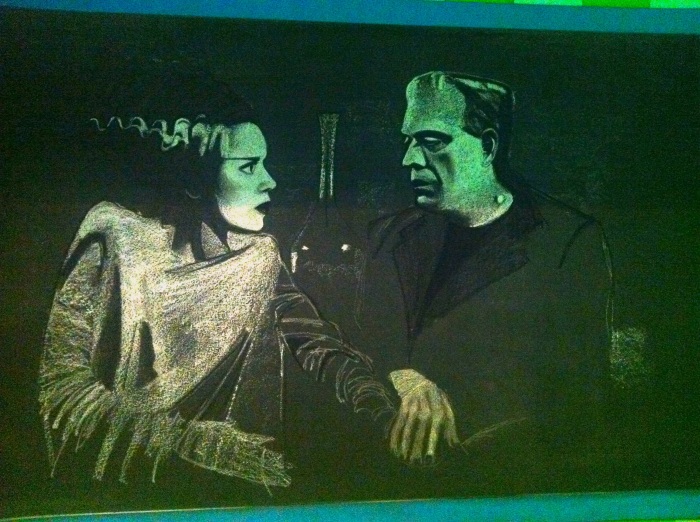 As parents isn’t it our obligation to help our children discover their hidden talent? As loyal friends isn’t it our obligation to encourage those around us who are pursuing their talent? Heck, I was so tickled to stumble upon this complete stranger’s talent that I just had to share it with all of you. As a matter of fact, I was so intrigued by his technique, I googled it when I got home and came across another talented chalk artist who has been the subject of some controversial media attention as of late. The Huffington Post reported in July of this year, Alexander Schaefer was arrested for his “Burning Bank” series, a painting of his which depicted a Chase Bank on fire and “was intended to be a visual metaphor for the havoc that banking practices have caused to the economy.”  He was eventually arrested when the police were called by some folks who felt threatened by his art.

Whether we agree with Schaefer’s political stance or not, the guy has discovered his talent, has pursued his talent, and in his own way is sharing his talent with the world. So, whether someone’s canvas is a restaurant chalkboard, a city sidewalk, or their front driveway isn’t it our obligation to recognize talent when we see it?